REfUSE, a pop-up cafe in Durham, rescues surplus food and serves up delicious meals to the public rather than see it go to waste.

Newcastle is celebrating its annual Restaurant Week to lure diners onto the city’s winter streets with the promise of a bargain meal. Whilst tempted, I instead travelled down the road to join the REfUSE team cooking up a feast at their pop-up cafe inside Durham’s Indoor Market. This was their sixth event and I was keen to see, and taste, the results of their hard work. 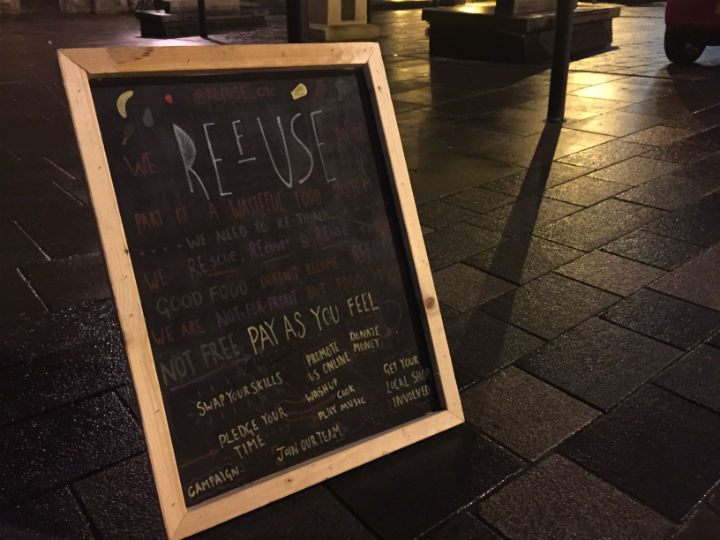 So many people had turned up that I had to join the back of a growing queue. After a short while, and sustained by brocolli tempura tasters, I was shown to a table and it wasn’t long before I had struck up a conversation with fellow diners. One well-dressed gentleman had just spotted the sign on the street and wandered in. Another lady had been brought out to dinner by her student son. In fact it was impossible to categorise the customers who seemed to be of all ages and from all walks of life, but all sharing in REfUSE’s environmental and social aspirations. 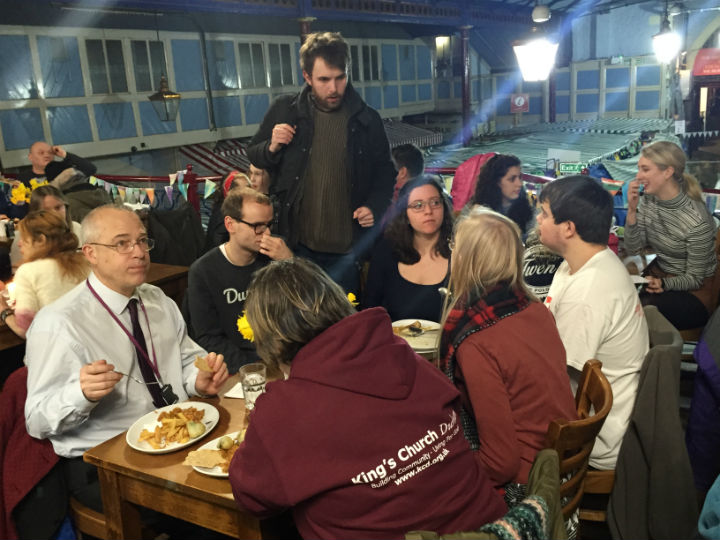 After I’d finished my melon starter I was joined by Mim Skinner who, along with her colleague Nikki Dravers, runs the REfUSE cafe. Mim explained how they’ve so far collected 1.6 tonnes of food and served 1,430 meals. They have a growing network of suppliers who donate surplus food which would otherwise go to landfill. I ask if it’s challenging to find enough food, but Mim says there’s just so much food going to waste that they have more than they could possibly use. During the week before each event they take a car and collect from cafes, market stalls, and other local retailers from the small to the very big, including Makro! 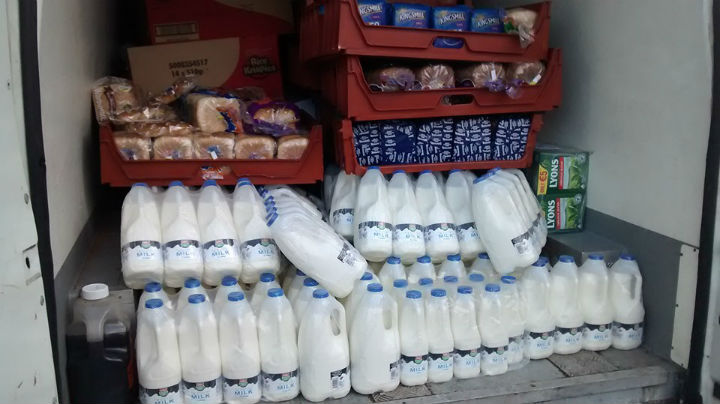 My vegan Vegetable Masala with rice and chapatis arrived and I tucked in. For those concerned about food safety, I should point out that REfUSE do sometimes use food which is beyond its expiration date, but they always check it over first, and they never serve food that is unfit for human consumption. I can assure you that my meal was delicious, a remarkable feat for the group of 20 volunteers with no specialist chef experience. They do, however, have an eye for atmosphere and it was a delight to see every table decorated with bunches of daffodils rescued from a skip. 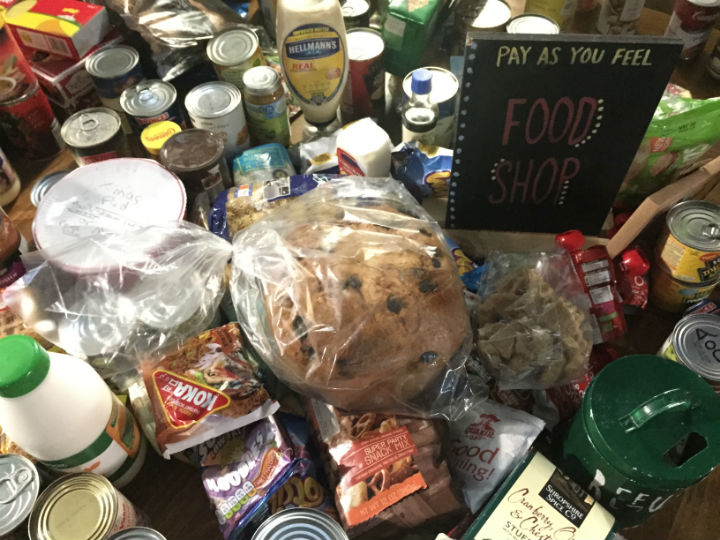 Nikki Dravers, who had been peeling veg and preparing food since 11am, joined me to tell the story of how they started the venture. On leaving university, she took a part time job on the breakfast shift at the Marriott Hotel. At the end of each shift she’d be tasked with throwing out all the leftovers which weren’t insubstantial. Later in the afternoons she’d volunteer at the Durham Food Cycle cafe in the Salvation Army hostel. It seemed perverse to Nikki that such food was going to waste whilst so many people were hungry. Inspired by the work of Adam Smith and his Real Junk Food Network, she set up REfUSE with Mim as a response to the social and environmental impacts of food waste. Serving food is only part of the story. The enterprise is a podium for Nikki’s campaigning on food waste and it has opened doors to local politicians and business leaders already.

The cafe operates on a ‘Pay as you Feel’ basis. You can make a donation to help running costs, but you can also contribute in other ways. Two lads were playing guitars and singing for their supper. One artist was painting caricatures of the diners, whilst another was instructing kids in cake decoration. Several others were simply washing up or waiting on tables. RefUSE have recognised that this combination of valuing people and the food they’re eating is a real solution to the social and environmental problems of our food system. As I finished my apple crumble I resolved to pay for my meal with a blog post that spreads their message.