A partnership of local environmental charities has been enhancing an important tributary to the Tyne to improve its water quality.

For over 18 months Groundwork North East & Cumbria has been running a project to improve the water quality and ecology of the Upper Ouseburn. Last weekend I caught up with Lesley Silvera, Senior Project Officer at Groundwork, at a community event in Woolsington. The Upper Ouseburn is on my doorstep and I was keen to see what Groundwork has been up to.

Lesley explained that they’ve been working with partners including landowners, communities, schools and local businesses, to carry out a number of enhancements to the river and the surrounding environment to improve water quality. The Ouseburn, a tributary of the Tyne, is failing the Water Framework Directive standards and the barriers to improvement include sewage discharge, poor soil management, transport discharge and urbanisation. The Upper Ouseburn Restoration Project has already implemented several physical measures to slow the flow of the river, including widening it at strategic points, sculpting areas of the river bank, altering meanders and installing silt traps.

The most notable works are near Woolsington Pond just to the west of the A696. Here, Groundwork has re-naturalised the river channel, re-meandered the stream, de-silted the sediment settlement pond and created 500m² of new water-dependent habitat. In addition, they’ve been eradicating invasive species, removing litter, monitoring wildlife and planting trees to keep the river cool and create riverbank habitats which helps prevent erosion. 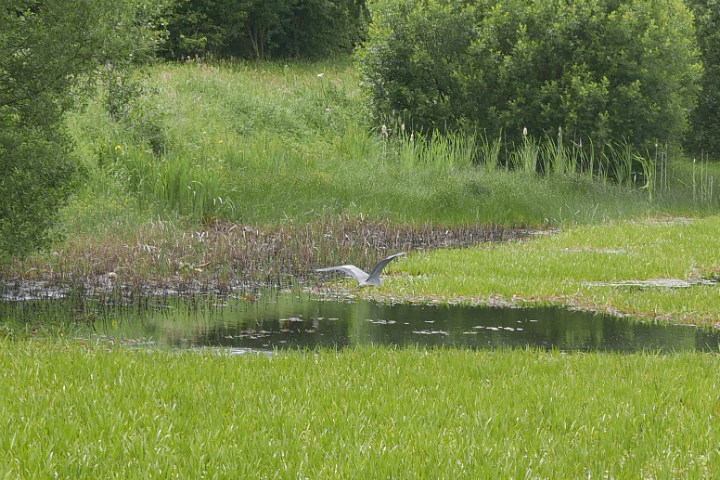 The weekend’s event was aimed at developing local appreciation and stewardship of the river. It’s part of a larger outreach project engaging volunteers, school children and the local community. Many people don’t even realise the Ouseburn passes so close to their home. Groundwork was joined by project partner Tyne Rivers Trust. The physical work at Woolsington Pond is only part of the restoration project. Liz Walters from the trust took time out from demonstrating her interactive ‘sustainable urban drainage’ house to explain how they’ve been collaborating with farmers and landowners to manage fertiliser and sediment run off. Both of these cause high levels of phosphorus in the river, which diminishes invertebrate life and affects all aspects of river life. 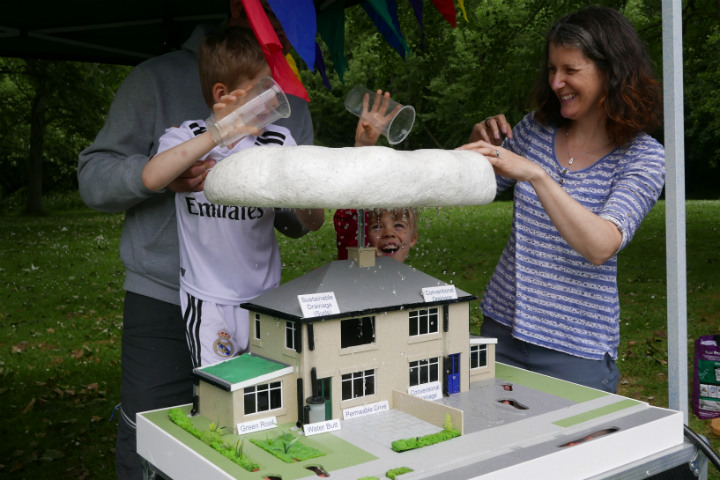 The results so far have been positive. James Stafford from Groundwork had families captivated with river dipping, showing the children how to carefully catch insects and tiny fish. He is encouraged by the range of invertebrates to be found, particularly mayfly larva which is an indicator species for clean water. Newcastle University’s Urban Observatory are monitoring water quality with remote sensors recently installed along the river. The Urban Observatory will be monitoring the success of the restoration project which will inform future plans. 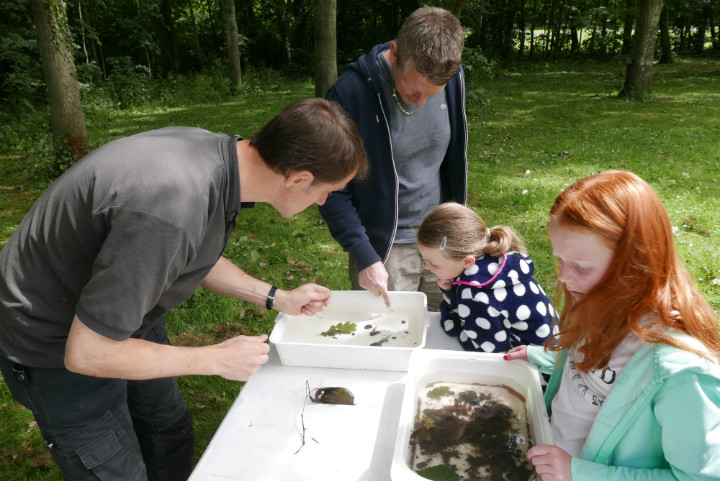 Lesley Silvera has so far pulled in funding from the Environment Agency, Northumbria Water and the Heritage Lottery Fund to get this project off the ground. She has big plans if she can find backers for the next phase of the project which includes a re-meandering of the Upper Ouseburn at Callerton Village. However, the success so far shows just how much can be achieved with partnership working and carefully targeted environmental interventions.