What exactly is ‘green electricity’ and is it a low carbon energy source?

When I bought my house 10 years ago, it came with an electric central heating system. It had been installed when there was no mains gas in the village, and it does a reasonable job of keeping the house warm. I’ve already written about the building’s envelope and its failings, but I’ve been wondering for some time whether it would be more carbon-efficient to replace the central heating system with gas, or to retain the current system on a green electricity tariff.

What exactly is green electricity? I’m a customer of Good Energy who supply me 100% renewable power generated from wind, solar and hydro projects across the UK. Therefore, on the face of it, my heating system should be carbon neutral. Sadly it doesn’t work like this. The reality is that the electricity I draw from the grid has actually been generated from a mix of coal, gas, nuclear and renewables. 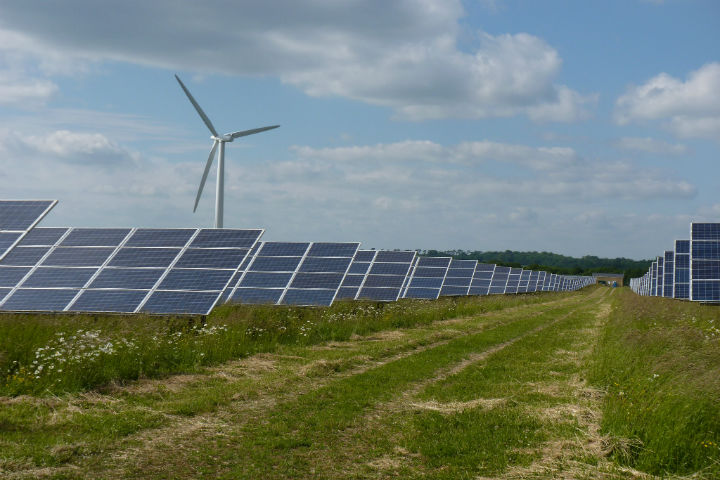 Jamie White, Communications Officer at Good Energy described it to me like this. ‘We supply you through the National Grid, which is like a dirty pond of electricity. However by being a Good Energy customer every unit of electricity you use at home is matched with a unit of renewable electricity generated somewhere in the UK. The National Grid is like a dirty pond of electricity.It’s like pouring fresh water into that pond. Slowly but surely we’ll clean things up.’ So, my green tariff is certainly supporting renewables, but the electricity I’m consuming is no different to anybody else’s. This is why building energy modelling tools such as SAP and PHPP make now allowance for green electricity.

Department of Energy and Climate Change

Jamie White is correct that the ‘dirty pond’ is slowly getting cleaner. The proportion of renewables in the mix has risen from 3.8% in 2005 to over 22% in the first quarter of 2015. In fact, the second quarter of 2015 saw renewables play a larger part in our electricity generation than coal (1), considered to be the most carbon intensive and polluting energy source. Bloomberg see this growth in renewables as a self-reinforcing cycle. When renewables play a larger role in our generation, it will become less attractive to keep coal and gas stations ticking over, making it easier for renewables to compete.(2) 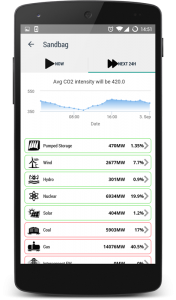 A UK-based not-for-profit think tank called Sandbag have just released a smartphone app which shows the carbon intensity of UK electricity (3). As I’m typing this, it’s not looking good, with gas and coal providing 85% of our energy. But, it’s the evening and the grid is supplying power to people cooking their dinner, whilst solar farms remain dormant until sunrise tomorrow. Importantly, the app also links this to the concentration of CO2 in the atmosphere which is hovering around 400 ppm. You may recall from our earlier post ‘The Power of Pollen‘ that the last time the Earth experienced concentrations of CO² like that was in the Pliocene, when temperatures were 2-3 °C warmer than they are today.

Anyhow, back to my electric heating system. Although my green electricity tariff is supporting renewables, it’s not a low carbon source of energy. It might make sense to take out the system and install a gas boiler instead, but there’s an ’embodied energy’ argument for leaving it if it’s not broken. Rather, the priority must be reducing consumption altogether, and improving insulation would be a better starting point for what could be a major cost. In the meantime, I’ll keep sneakily turning down the thermostat without telling my partner!