The Power of Pollen

Paleoecology, Palynology and Pollen. How the meticulous study of the distant past is helping to predict the future.

In his inaugural lecture at Northumbria University on Wednesday, Professor Ulrich Salzmann demonstrated how pollen records from the past are being used to evaluate climate models for the future. Palynology is the study of organic-walled microscopic particles, such as pollen, found in sediments deep underground. “We can think of pollen as nature’s fingerprint for plants,” explained Prof. Salzmann, describing how its robust composition means it can be detected in sediments up to 100 million years old.

Prof.Salzmann’s studies have taken him to West Africa, South America and Antarctica, the latter with the British Antarctic Survey. In his lecture, he focussed on the Pliocene epoch from 2.6 to 5.3 million years ago. This is no coincidence, for we have to travel this far back in time to find levels of CO² in the atmosphere equivalent to today, at 400 ppmv. During the Pliocene, average global temperatures were 2-3ºC warmer than today, and scientists believe its study can help understand what we can expect for the end of the 21st Century. 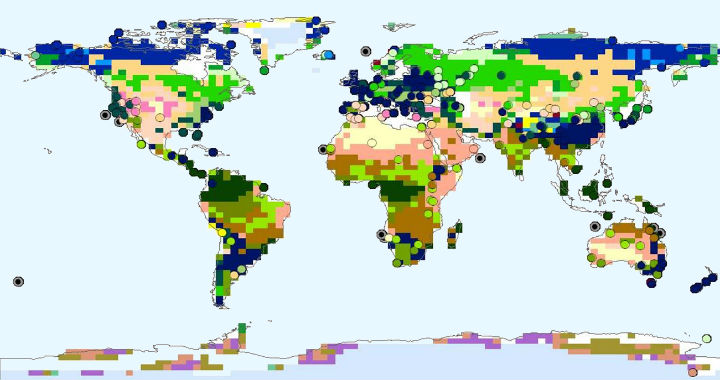 By pulling together information from pollen samples to ice cores to fossil records, multi-disciplinary teams of scientists, archaeologists and engineers are able to build up a picture of what the planet may have looked like in the distant past. They have already demonstrated a significant discord between geological data and climate models in the high latitudes. The effect known as polar amplification, where the polar regions warm faster than the global average, has been demonstrated through pollen records to have been a factor during the Pliocene, a time when sea levels were 25m higher than today. 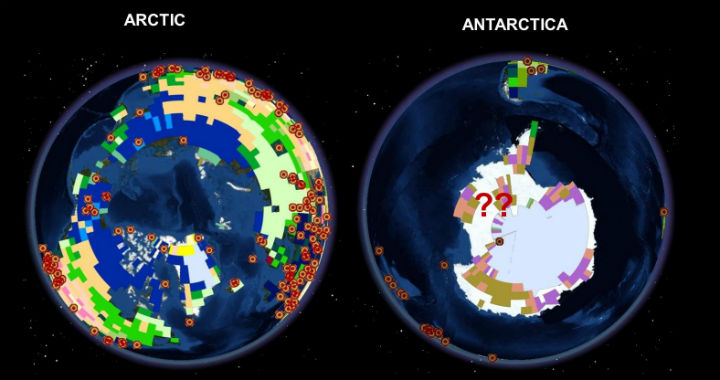 Professor Salzmann’s lecture brought the audience on a fascinating journey through the past, to a world that we could experience within a few generations. Thankfully, his work is helping climate scientists to develop their models for this near future. Perhaps the improved accuracy will help inform global political action which is moving as slowly as a geologic timescale.

Professor Ulrich Salzmann is Professor of Paleoecology at Northumbria University.
Feature Image is from Wikipedia.
Diagrams are provided courtesy of Prof. Salzman.