Transform your commute with an e-bike

Can electric bikes make sustainable commuting more attractive? After a week’s trial of an e-bike I’ve found that cycling to work can be both easy and enjoyable.

Wednesday is ‘Cycle to Work Day‘. Around 750,000 people commute regularly by bicycle (1), but this national event aims to encourage far more commuters to jump on their bikes. The environmental benefits of reducing fossil fuel consumption are considerable. In Newcastle alone, there are 7 million bike trips made every year, saving over 6,000 tonnes of CO2, equivalent to the annual emissions of nearly 2400 cars (2). 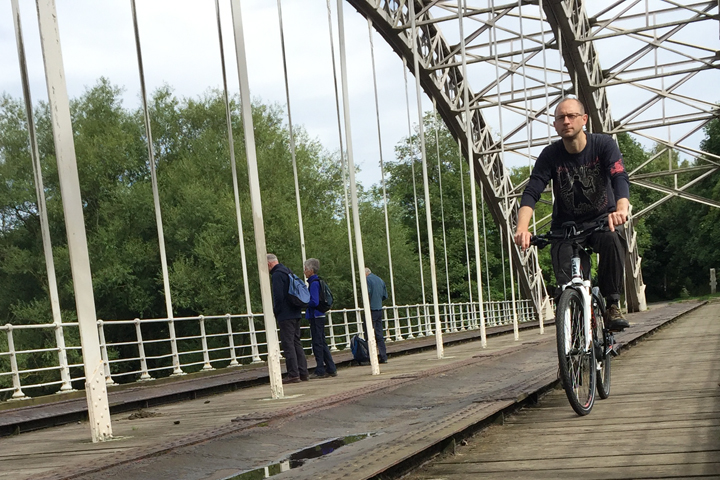 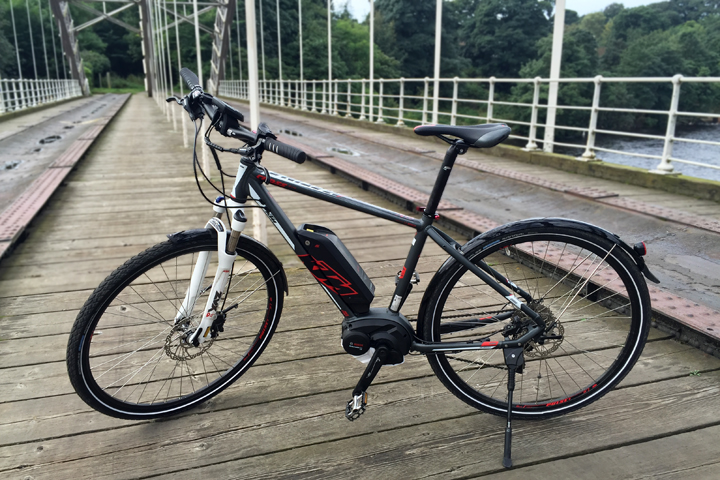 I put an e-bike through its paces last October and the experience of riding one is hard to forget. This time, I cycled a KTM e-bike with a ‘pedal assist’ Bosch drive. Pedalling effort is multiplied by the motor which makes cycling up those hills a breeze. Due to regulations, the motor speed is limited to 15mph so as I pick up speed on the flat, or downhill, the motor tapers off leaving me in charge of momentum. The extra oomph! delivered by the e-bike made my daily commute 25% faster and I still arrived at work looking presentable. 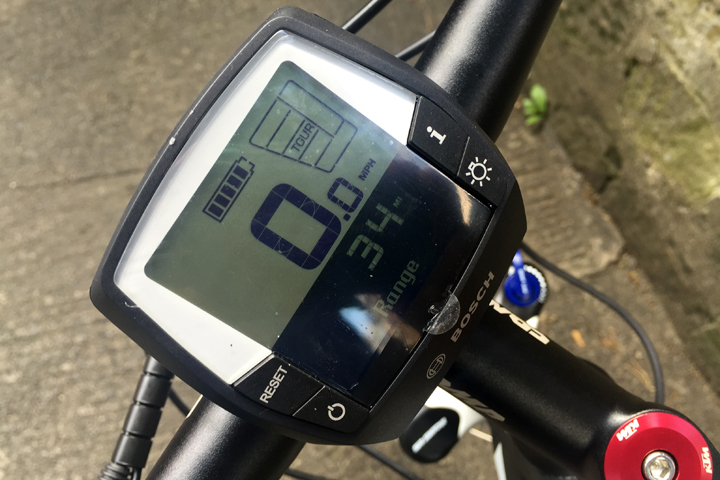 One of the challenges of urban cycling is air pollution. I’ve always worried about exhaust fumes, particularly where traffic queues coincide with a steep incline. Cycling uphill and breathing lungfulls of carbon monoxide, nitrogen dioxide and soot is unpleasant and unhealthy. Researchers from the London School of Medicine (3) have found that bicycle commuters inhale more than twice the amount of black carbon particles as pedestrians making a comparable trip. The beauty of an e-bike is that you can limit the physical exertion and cut out all that heavy breathing. 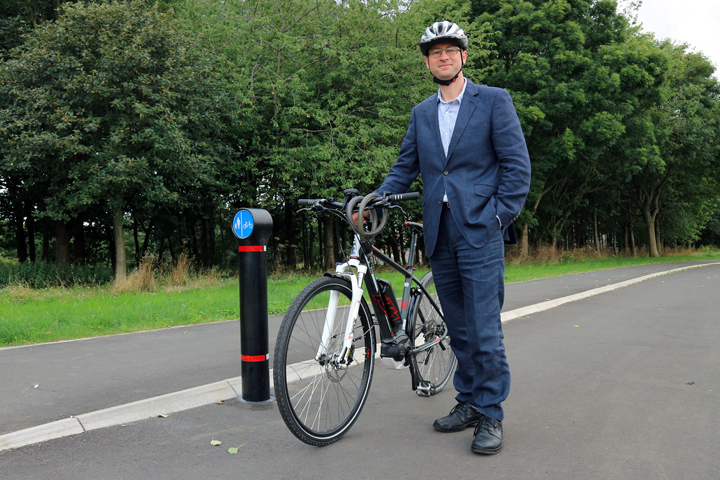 My week’s e-bike trial demonstrated that commuting by bicycle can be easy. I cycled in a range of weather conditions without discomfort, even cycling to meetings during the day. Overall though, it was just great fun! Everyone who had a spin on the bike agreed that the acceleration was exciting. Rather than dreading getting the bike out of the shed in the morning, I found myself looking forward to it. So much so, when it came time to return the bike, I decided to cycle it back to Green Energy Cycles in Hexham. Instead of putting it into the boot of the car, I took Hadrian’s Cycleway and enjoyed a pleasant hour and a half e-biking through Northumberland. 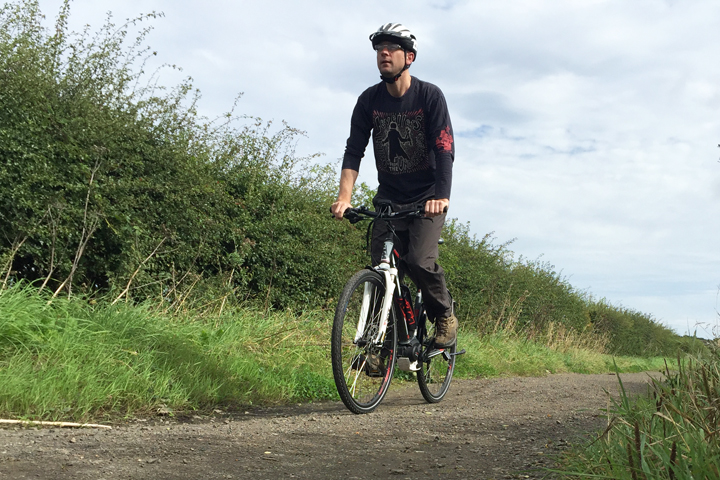 Thanks to Green Energy Cycles who loaned me the e-bike for a week. They offer a wide range of electric bikes from their showroom in Hexham. The model I trialled was a KTM Macina Cross 10 A4, with a Bosch Performanceline CX motor and a 400Wh battery, which retails at £1,949.99. See below a short video of their Electric Bike Story