What is the North East countryside for?

Brexit, Natural Capital and Climate Change were under the microscope last week as a panel of landscape professionals debated the thorny question, ‘What is the North East countryside for?’

Last Thursday the Landscape Institute North East assembled a panel of professionals at the Toffee Factory in Newcastle’s Ouseburn to discuss the region’s countryside. From arable farming to wind farming, from small holdings to big business, the countryside has a multiplicity of uses, evokes impassioned opinion, and is rarely out of the news. Despite the wide ranging debate, a few interesting themes recurred.

Only a national policy can pull together and reconcile the competing demands we all make of the rural landscape.Firstly, how do we ‘use’ the countryside? Kicking off the debate Merrick Denton-Thompson, president of the national Landscape Institute, explained the multiple and often competing demands that we place on the countryside, from sustainable food production to leisure and tourism, to ecological services. Steve Pullen, Lead Advisor to Natural England went further showing how something as simple as a hedgerow supports biodiversity, reduces soil erosion, but also has cultural significance providing a historical record for patterns of development.

Merrick made the case for a national rural land policy that acknowledges this multi-functional role. “Only a national policy can pull together and reconcile the competing demands we all make of the rural landscape.” This was echoed by Ged Lawson, Principal Landscape Architect at Durham County Council, who emphasised that the way we talk about landscape has transformed over last decade. We understand so much about the countryside now, but we still have to apply that knowledge. 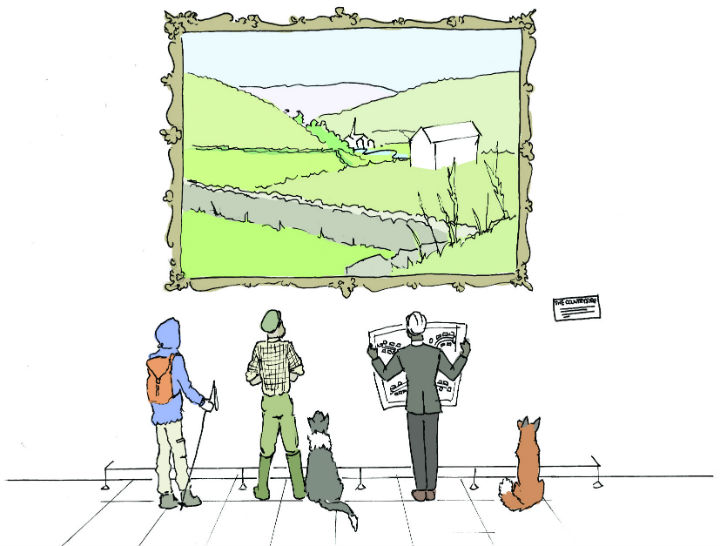 Secondly, do we ‘value’ the countryside? Richard Bramley, an arable farmer from Yorkshire believes we simply don’t value it enough. By demonstrating how little people spend on farming through the food supply chain, it seems a miracle there are any farmers still in business. Cara Courage, also an advisor for Natural England made a similar point by describing how austerity is reducing their budgets year on year. All of the National Nature Reserves in the North East, from Lindisfarne to Teesdale have to be managed on an annual budget of less than £150,000.

The panel were in agreement that it’s still interesting to consider how we might fund the ecological services the countryside can provide. Merrick Denton-Thompson pointed out that we know our climate is changing, but we don’t yet know where it will settle. We will rely on the countryside to help us become more resilient to flooding. Richard Bramley talked about his loss of 60 hectares of wheat in a recent flood event, a loss for which he was neither insured or compensated. If farmers are going to be part of the solution to flood resilience then we’ll need to find mechanisms for paying for this service. Going further, perhaps some upland farms should receive a subsidy for rewilding the landscape rather than keeping hillsides barren for sheep farming. 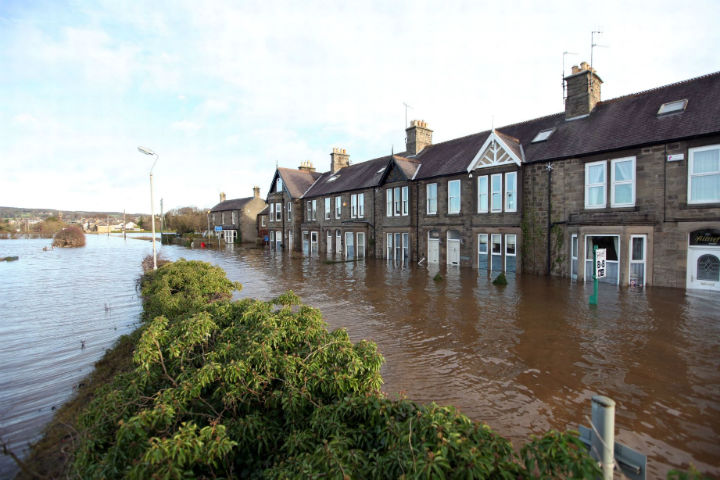 Finally, the threat to the countryside from the UK’s departure from the EU was felt unanimously. Richard Bramley is obviously concerned by the potential impact of trade tariffs and restrictions on labour. Ged Lawson agreed, stressing that it’s very unclear whether the government will support agriculture after Brexit. However, the panel did see Brexit as an opportunity for the UK to target its investment at the environmental services that custodians of the countryside can deliver, such as building flood resilience and improving biodiversity.

It’s hard to capture in one short article the wide ranging discussion that this subject generated. I haven’t even touched on housing, green belts and renewable energy. What is the North East countryside for? It plainly can’t be answered in a two hour debate, but I was surprised by the consensus around the big issues. The Landscape Institute’s drive for a national rural land policy, reconciling the competing demands on the countryside, is therefore timely.

The debate was chaired by Adrian Clarke, head of Landscape Institute North East. The panellists were:

(1) The Pricing of Everything by George Monbiot.