Has the ‘Biomass Fix’ gone up in flames?

Burning wood biomass for heat and power may not be as good for the climate as we thought.

Lynemouth Power Station has been a landmark on the Northumbrian coastline since it started generating electricity from coal in 1972. I remember a school trip to see it in the ’80s when it was part of the Alcan aluminium smelting plant. Since then, the aluminium plant has been mothballed and in 2015 the power station was threatened with closure due to controls on coal-fired generation which is one of the highest CO2 emitting fossil fuel sources.

Now, the lone chimney stands as a relic amongst the nearby windfarms generating clean renewable energy. However, work is underway to convert the power station to run on biomass. The plant’s owners claim this will herald in a greener future because the wood pellets they’ll be burning are a renewable energy source (1). The same solution has already been applied to Drax in North Yorkshire. In fact the UK is the largest consumer of wood for electricity generation in the EU (2), all driven by subsidies to reduce carbon emissions. Is Lynemouth another success story in the fight against climate change? 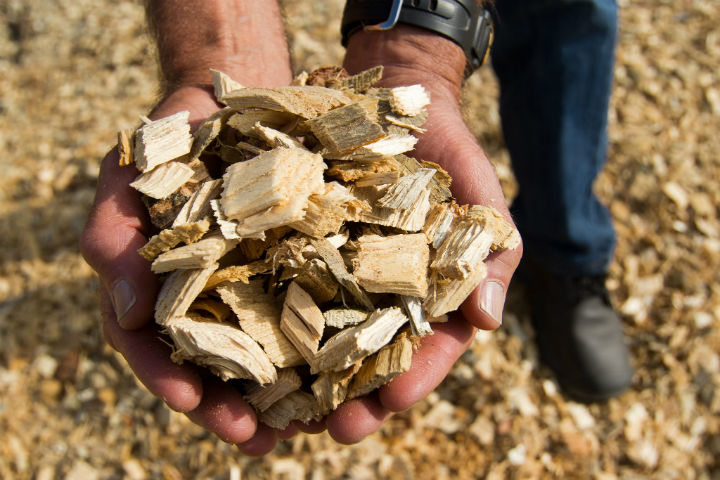 “The fact that the carbon emitted was absorbed by growing trees in the past is simply irrelevant.”For some time, biomass has been seen as a self-renewing carbon-neutral fuel capable of filling the shoes of coal, its dirtier cousin. The logic was straightforward. Trees naturally absorb carbon from the atmosphere as they grow, which is released when they’re burned for energy. The simple process was persuasive and led to biomass being treated as a low-carbon technology by the Building Regulations and the Renewable Heat Incentive. Unfortunately, it seems that this ‘biomass fix’ is going up in flames.

A report published by Chatham House this week casts doubt on whether wood is a carbon-neutral energy source (2). The problem is that when wood is burned, it can emit more carbon per unit of energy than most fossil fuels. Figures suggest that once Lynemouth has been converted to biomass it could be emitting more carbon than when it was coal-fired (3). “The fact that the carbon emitted was absorbed by growing trees in the past is simply irrelevant,” says Duncan Brack the report’s author. “After all, when it’s harvested you don’t have to burn it; you could use it for construction or furniture or window frames or a host of other uses, fixing the carbon in wood products rather than emitting it to the atmosphere. “(2) 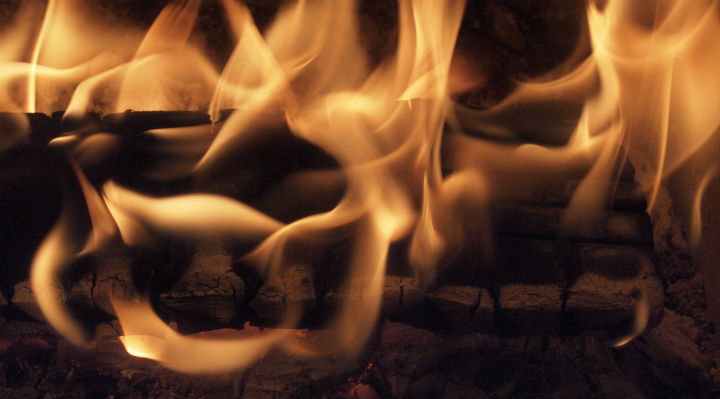 There are additional carbon costs associated from biomass. There is a reduction in carbon sequestration because the trees have been cut down. It’s also likely that carbon locked in the soil will be reduced through felling.

Lastly, the biomass has to be transported. Lynemouth will be burning up to 1.8m tonnes of wood pellets every year and this will be shipped over from Canada and the USA. It will take decades or even centuries for new tree growth to absorb all this carbon but right now it’s contributing to increase concentrations in the atmosphere. We need to be making carbon reductions now, not in the future. The biomass fix is going up in flames, and the regulatory and financial support that puts it on an equal footing to solar and wind should be reviewed.

References:
(1) ‘Switched on to a Greener Future’, The Journal, 22 February 2017
(2) Wood Is Not a Carbon-Neutral Energy Source, Duncan Brack, Chatham House, February 2017
(3) Extract from Chatham House report: “…figures from the Drax power station, Europe’s largest consumer of wood pellets, show that in 2013 it emitted about 13 per cent more carbon dioxide per unit of energy generated from biomass than from coal.”