Two recently installed living walls in Newcastle bring a touch of green to the urban realm.

This is my favourite time of year. The garden, dormant for too many months, is now alive with blooms. The wisteria, which I’ve been training up the back wall of the house for 8 years now, has cascades of white and pink flowers. Many architects have a fascination with climbing plants, perhaps because they can be sculpted around buildings, bringing colour and depth to dull facades. Frank Lloyd Wright famously commented, ‘The physician can bury his mistakes, but the architect can only advise his clients to plant vines.’ (1) 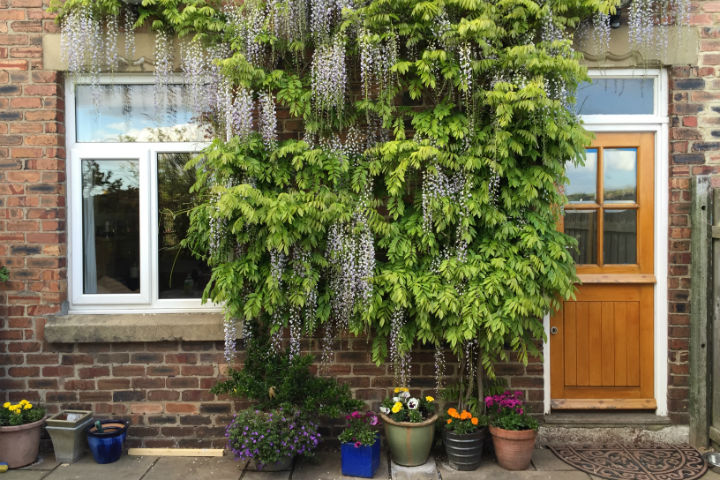 Green roofs have been around for decades, but the last 5 years have seen a proliferation of living wall systems offering instant green facades. They typically involve carefully selected plant species sustained in a concealed framework with an irrigation system. The benefits are many.  Plants can shelter facades (with potential energy savings); improve air quality and provide habitats for wildlife, not to mention the aesthetic advantages. Two recent schemes aim to bring these advantages to Newcastle.

Marks and Spencer unveiled their revamped Northumberland Street store in March. The austere concrete facade has been transformed with a 167m2 green wall comprising 16,000 plants. The green wall is the most visual element of Plan A, the M&S programme of sustainable improvements to their stores. The plants include thyme, cranesbill, wood rush, hebe, ferns and hart’s tongue, amongst others, and will help to encourage biodiversity. Plants are irrigated with water harvested from the store’s roof. 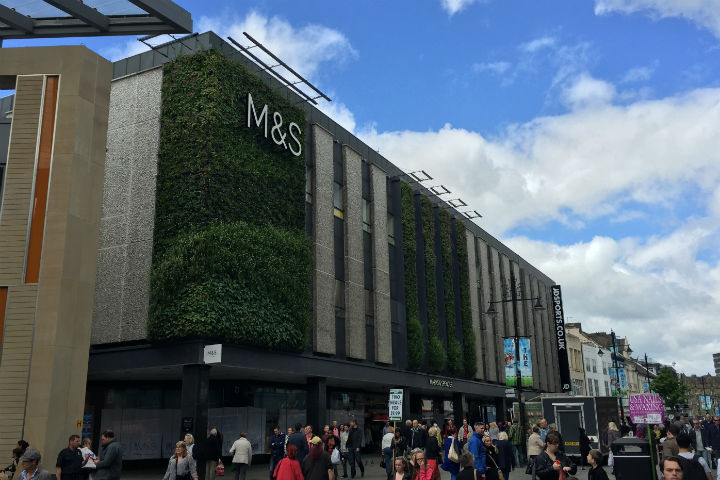 The Core, at Science Central, has a green wall over twice the size. At 27m high, this living wall is one of the UK’s tallest. Fiona Standfield, Director of Newcastle Science City said, ‘The aim of installing the wall was to attract a huge amount of wildlife to the local area, including insects and smaller birds.'(2) The 35,000 plants in the wall include ivies, seagrass, thyme, primulas and euphorbia as well as nesting boxes and insect hotels. Alas, the living wall is relegated to the north elevation where it will never be bathed in sunlight. However, it helped The Core to achieve a BREEAM Excellent rating. 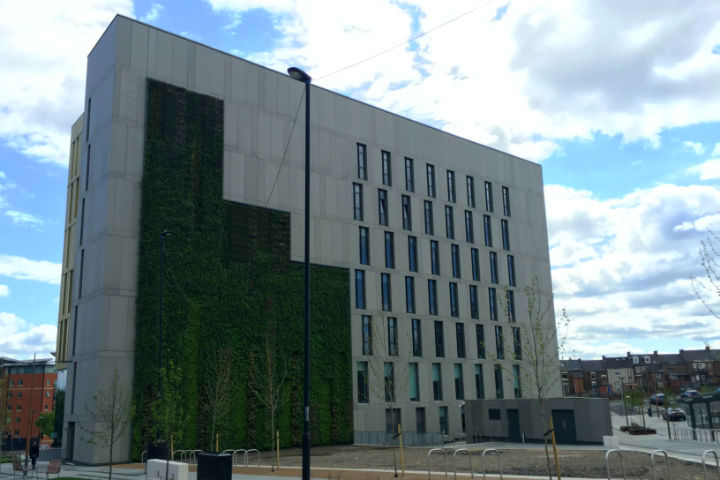 These two new green walls are welcome in Newcastle, although I can’t help feeling that their ecological potential has been overstated when both buildings sit in such a sparsely planted environment. Admittedly, Science Central is still under development, and landscape architects Land Use Consultants have interesting proposals still to be realised. Northumberland Street, however, is almost devoid of trees. Is it vandalism, cost or just lack of interest that means our streets must be so barren? At least the private sector is starting to fill the gap.

At The Core, the pavement has been reinforced so that horticulturalists on cherry-pickers can ascend the 27m for bi-annual pruning. I don’t have that luxury at home and so my wisteria will continue to be cut back to step-ladder height. The same can’t be said for the owners of this farmhouse near Belsay whose ivy demonstrates that green walls aren’t that new after all! 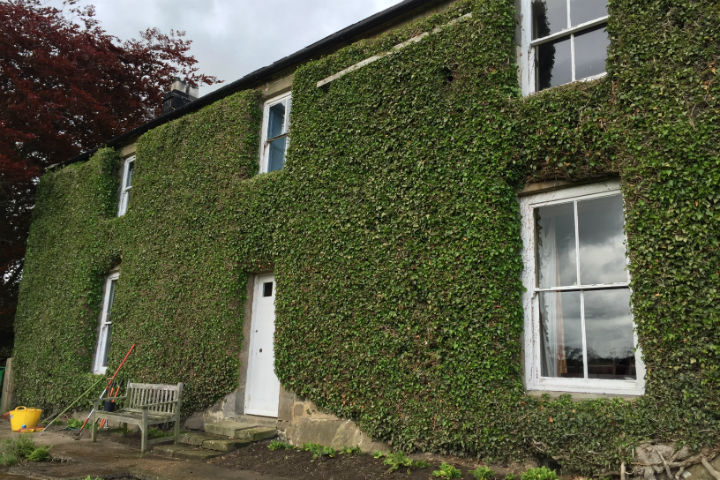